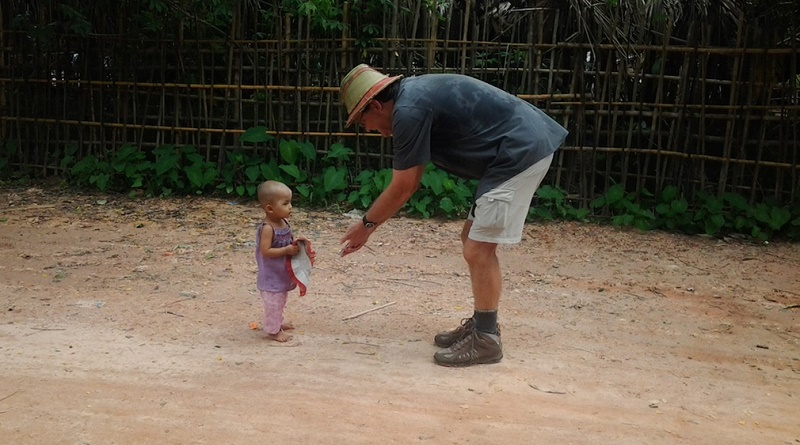 The United Nations are about to update their sustainability Millennium Goals. In this guest post, Asia-Pacific sustainable tourism development expert Steve Noakes explains which of the new sustainable development goals are particularly important in the tourism context.

This month (September, 2015) 93 countries will meet at the United Nations HQ in New York to adopt 17 new global goals. For the next 15 years, these 17 Sustainable Development Goals (SDGs) will guide our world to achieve sustainable development.

For the last 15 years (2000 to 2015), the global tourism sector has had mixed results in contributing to the eight Millennium Development Goals (MDGs). But, I have more hope for tourism as a key tool to help achieve the SDGs over the 15 years to 2030.

In particular, I see the tourism and SDGs nexus as especially beneficial in two situations. The first is in post conflict/fragile developing nations and the second in relation to climate change in Small Island Developing States (SIDS).

Tourism: Victim or Cause of Conflicts?

Poverty is concentrated in countries where fragility and conflict deny citizens of opportunity. Most of those countries are in the tropical/sub-tropical ‘pleasure pheriphery’ of global tourism. If extreme poverty is to be eliminated by 2030, these countries will need particular support from the international community.

Tourism as victim of conflicts

Tourism is highly vulnerable to periods of disorder and turmoil. Situations of war, armed conflict and other forms of civil unrest (includes terrorism, high levels of crime, internal political unrest, human rights violations) will continue to result in partial or total disruptions to the contributions tourism can make to economic and employment opportunities within affected communities.

Even if the conflict affected areas might be limited to certain geographical locations within a country, the resultant media coverage can impact negatively on the country reputation and destination brand – in terms of perceptions of safety and security for tourists. This can harm visitor flows and tourism development opportunities in peaceful areas in the same country.

With 40 per cent (USAID 2009) of post-conflict countries returning to conflict situations within 10 years, priority attention to economic growth and new employment opportunities increases the likelihood of peaceful, stable societies. The economic multiplier potential of tourism investment and visitor expenditure is of interest to governments, business and communities.

Conflict can also be caused by tourism industry activities, such as when a tourist (individual or group) or a tourism operator (e.g. a resort, hotel or ecolodge developer, an overland or marine tour operator etc) enters into a new destination and community, becoming part of that local context. Inappropriate forms of tourism development or behaviour can do harm to communities, to environments and to local economies.

Large scale or intensive tourism development – such as a resort/hotel enclave style of development – can lead to the displacement of local people, destroy traditional livelihoods and have negative impacts on the natural environment and cultural heritage.

Tourism development may lead to exploitative, low paying jobs and restrict capacity for organized labour, as well as result in little or no job security or social protection for families. It may diminish individual or community aspirations for personal or societal integration, extinguish or lessen opportunities for freedom of expression, or for communities to have equality of opportunity and participate in decisions that impact on their lives.

Even small-scale operators that bring limited numbers of tourists on a trekking itinerary through a community need to be aware that their impact is never neutral. Social Impacts, such as where the tourist stop and eat, who they buy products from and where they stay over night benefits some people in that community more than others.

Especially when the context is characterized by conflict, the actions of the tourism company can affect the nature of the conflict, for better or for worse.

Tourism is often used as one of the development policy initiatives applied by fragile/post-conflict states to provide new economic and employment opportunities.

Diverse economic and job creating initiatives resulting from tourism can play an important part to help promote and maintain peace, as well as developing social inclusion in previously fractured societies.

For the local communities, governments, non-government organisations, international development partners and the business sector, there can be anticipation that peace (even ‘relative peace’) will bring improved livelihoods, including for low-income and marginalized groups.

When the message of peace is received in the source markets, international visitors get the assurance that the destination is a safe place to travel to and around.

[Relevant to SDG 13 in particular]

‘The climate change literature and debate so far has largely focused on mitigation actions by the main contributors to greenhouse gas (GHG) emissions and global warming – developed market economies, as well as large industrialising economies like China, India and Brazil. Small Island Developing States (SIDS) are not large contributors to the problem of climate change, but constitute the most impacted group of countries.

While the key issue for SIDS related to climate change is adaptation, these countries are also highly dependent on the tourism and travel industries, which are considered to be major emitters – and so are vulnerable to the effects of international climate mitigation policies in these sectors.’ (ICTSD 2015)

Small Island Development States (SIDS) are among the most vulnerable countries of the world in terms of the adverse impacts of climate change.

For these sea-locked countries, tourism is often the primary development option. Tourism is climate dependent and vulnerable – particularly in tropical island environments of Asia and the Pacific islands that rely on the foreign exchange from tourism to underpin their economies.

In small islands, tourism often relies on sensitive coastal and terrestrial ecosystems to provide visitor attractions and visitor infrastructure, such as jetties, airports, various transport services and land for accommodation.

SIDS need a focus on adaptation and support from those countries responsible for climate change – especially to move from a position of vulnerability and dependence to one of resilience.

Sustainable tourism can – in fact must – contribute to each of the 17 new SDGs. Throughout the global tourism sector, much work remains to further the adoption of sustainability tools and standards at the destination, enterprise and community within the full extent of the tourism value chain.

In this article I have given particular attention to fragile and/or post-conflict destinations and the plight of Small Island Developing States. They are particularly vulnerable parts of our planet and in almost every case, tourism is, or can be, a key contributor to each of the new 17 SDGs.

Learn more about sustainable tourism development in the Asia-Pacific region in our interview with Steve Noakes.

Enjoyed this guest post by Steve Noakes on the UN Sustainable Development Goals and their relevance for sustainable tourism? Share and spread the word!