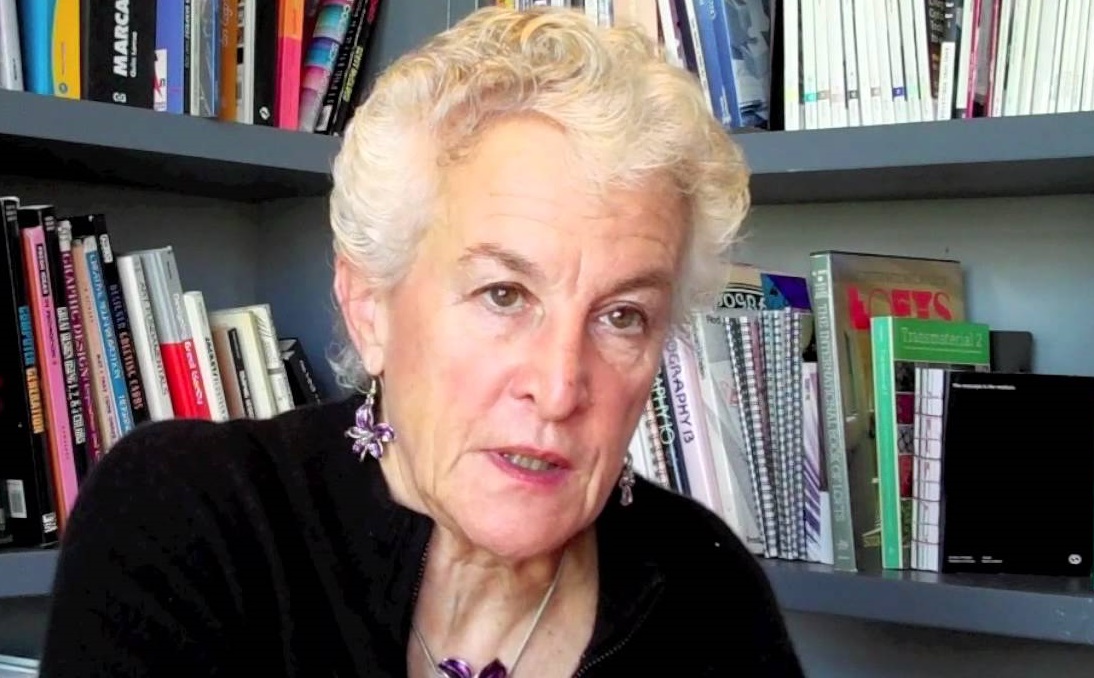 True to our mission to connect sustainable tourism thinkers, shakers and doers, today’s expert interview is with Anna Pollock, founder of the Conscious Travel website and movement. Anna Pollock’s thoughts on the future of (sustainable) tourism are a wake-up call which might be uncomfortable to some ears, but inevitable nevertheless.

Anna, when and where did your sustainable tourism journey begin; when did you discover your passion for sustainability?

I spent my childhood in Sussex, England, free to roam the downs and valleys where I felt very close to nature. I studied Geography at London University in the 1970s when Thomas Kuhn, Paul Ehrlich and Ernest Shumacher (Small is Beautiful) were writing and Limits to Growth was first published. During Christmas 1968, I watched the first “Earthrise” image on TV and, six months later on a geography field trip, my fellow students and I watched the first lunar landing.

As students, we sensed that a huge shift in consciousness would emerge as a result of that new perspective. It made a deep impression that ignited this passion to understand why humanity was behaving in a way that could ultimately be self-destructive.

What was your view of sustainable and responsible tourism when you first started your professional career?

My career in tourism began in 1974 in British Columbia, Canada, when tourism had just been identified as an “economic possibility’. As a researcher, I had the chance to undertake much of the foundational research in support of its development. Canada is a big and relatively empty country, so little thought was given into limits back then. 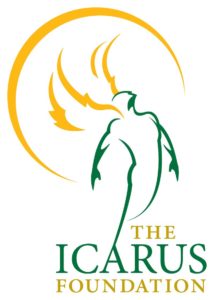 By the late 1980s, issues of resource conflict were being raised, and I was asked to support the case for saving the vast Tatshenshini-Alsek river basin from being damaged by an open-pit mine. That project brought me back to earth so to speak and re-ignited my interest in issues such as “carrying capacity.”

A few years later, we experienced the arrival and dramatic expansion of the Internet, and I spent the next decade exploring the power of digital communication to inform, persuade and direct visitation. My interest and commitment was re-ignited in 2007 by Al Gore, and when I wrote the paper Climate Change and Tourism, formed the Icarus Foundation and trained as a Facilitator in the Be the Change Symposium developed by the Pachamama Alliance.

Has your view of sustainable tourism changed since then?

More evolved than changed. Like many, I started with a “one issue” focus – carrying capacity and resource protection – and assumed that if we changed behaviour we could live in balance. Now, I see that “doing” can only follow a deeper change in “seeing” (how we perceive the workings of nature) and “being” (how, as individuals and communities, we acknowledge what we value), and bring to the surface the values and beliefs that have led to pervasive ecological and social imbalance.

While I am 100% supportive of most philanthropic and sustainability actions, they are being bolted onto a system that has fundamental structural flaws – until we address those we may “feel good by doing” but we will only slow, not stop, our current rush to the abyss (systemic breakdown).

The dominant model of global tourism draws heavily on an industrial consumption-production model that views places and people as resources (inputs) to be exploited by and for those with the capital to acquire rights of ownership and development. The “industry” (developers and owners) is not being asked to pay the full costs of “externalities” and despite the positive claims it makes – jobs, foreign exchange, and even conservation – very little has been done to prove the positive net impact of tourism on destination communities.

I am not saying that tourism is not or cannot be a force for good in many places, but realising and sustaining that ambition will require a lot more hard work than is being made right now.

What are your main insights as a sustainable tourism professional?

Tourism is fundamentally embedded in a larger economic and social system that, in recent years, has confused means with ends. An economy should exist to serve the common good: the flourishing of its members and society-wide well-being. But, because we have not owned up to the ecological, social and personal costs associated with our current system, “more” can have very negative outcomes, many of which compound over time.

The current model deployed by mainstream tourism and hospitality is dependent upon volume growth for its survival. Virtually every destination marketing agency sees its role as increasing the number of visitors and visitor spending, and hundreds of millions of pounds are spent on stimulating and directing demand. Yet, systemic flaws also accelerate and extend with that growth over time, undermining its resilience and long-term viability.

Tourism cannot function outside of the social context of the destinations in which it takes place. As the industrial, mass model matures and ages, it generates diminishing returns for all participants. Less and less income “trickles down” to the resident population that often has to pay for the “externalities” avoided by those companies that generate much of the profit. Furthermore, host communities (residents) have little direct say in the scope, nature, scale or pace of the tourism development and growth.

When global tourism was young and relatively small, these systemic problems were not as evident and could be ignored. We now live on a very full planet.

Rising consumption levels and connectivity are placing unprecedented levels of pressure on the biosphere and generating huge problems associated with wealth disparity.

That’s why we’ll see more negative stories associated with this sector, such as Leo Hickman’s book The Final Call, Elizabeth Becker’s Overbooked along with films such as Gringo Trails, as well as experience greater resistance and resentment in places like Barcelona, Berlin, Dubrovnik, etc.

I acknowledge and applaud the success of the industrial mass tourism model – it has provided jobs and incomes and lifted thousands out of poverty in 60 odd years. But, like any adolescent that wishes to become an adult, it must now wake up, grow up and step up.

Wake Up to reality – Nothing that uses material resources can continue to double in size every 17 years forever on a finite planet, especially when very limited progress has been made in decoupling demand growth from resource use.

Grow Up – Having the courage to admit that behaviour needs to change and tourism has a responsibility to deliver on its promise of creating better places for all stakeholders to live, work and play. That responsibility will mean identifying, reducing and compensating for the true costs of its activity.

Step Up – Each individual and each destination community needs to accept greater responsibility for ensuring that tourism generates a positive net benefit to the community and lives within its biospheric means.

Conscious Travel was formed as a blog in 2011 with the objective of communicating the need for a deeper level of systemic change, showing how such change is being understood and expressed outside of tourism, and both developing and supporting a network of communities willing to master their own destiny and build a version of tourism that is better for more. Its primary objective is to get people to think more deeply, see the world with fresh ideas and learn to collaborate to create a better way of being and doing.

I firmly believe that the capacity to adjust and creatively devise new ways of living and being that are in harmony with nature’s laws exists within each of us, but it requires deep reflection, self honesty and personal commitment to learn and grow.

Each destination that welcomes guests has the right to determine how many it can accommodate well and develop methods of expressing that hospitality in a manner that reflects the uniqueness of each place and its people.

Places are not just pieces of real estate that can be exploited by distant parties for their own benefit and profit. Places are homes for people who have a responsibility for their stewardship and care.

In your view, what are the main challenges regarding the sustainability of travel and tourism?

The single biggest challenge and opportunity is to re-define success and shift the purpose of tourism from simply growing and doing more of the same to enabling all its stakeholders (guests, hosts, employees, suppliers) to truly flourish. A person who is flourishing is striving to be fully human (awake, aware and alert), growing in wisdom and maturity, is able to co-exist well with others based on reciprocity and respect, enjoys a sense of mastery and contribution, can bounce back from adverse conditions and feels fully alive. These characteristics can be applied to companies and communities (both of which are people collectives). Changing the purpose will require a change in metrics.

Once you change the purpose of a living system (and that’s what tourism is), everything changes. The way it changes doesn’t need to be dictated by a checklist of activities. The form of change and adaptation will reflect the unique characteristics of the people in a place and will emerge from the constructive interactions of its participants.

How can Conscious Travel become a viable alternative to industrialized mass-tourism?

Viable alternatives to mass, industrialised tourism are emerging everywhere, all the time – many stimulated and led by the other interviewees featured by the Sustainability Leaders Project and countless more being led in the field by caring human beings who are adopting a different set of objectives than simply growth.

Conscious Travel is just a label to a movement that is occurring all around us. Our role is to help others:

a). See that the change is both necessary and possible and happening right now within and without tourism, and

b). Develop the insights and the courage to take action themselves.

At its core, Conscious Travel is a new, regenerative way of seeing tourism – not as it is, but as it could be with all its potential for doing good unleashed.

At its essence, building a truly sustainable, flourishing visitor economy depends on the stakeholders in any destination coming together (community), knowing who they are, what they stand for, what kind of tourism works for them, and then looking at and applying a mix of actions described as Pathways to chart their own unique course.

For readers wishing to delve more deeply, my current thinking is distilled into one report – Social Entrepreneurship in Tourism, The Conscious Travel Approach available to download here. 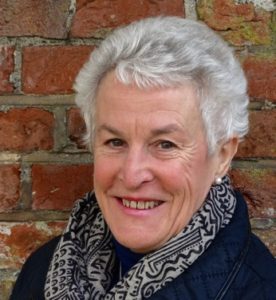 If you had to start your professional journey all over again, knowing what you know now about sustainability, what would you do differently?

Looking back, I realise that all of my life experiences have helped shape me and the current focus of my work. Since I set out with Conscious Travel, the only thing I would have done differently would have been to pitch a company or NGO to support me as that would have given me the freedom and resources to develop my thinking and creativity, would have meant I could have done more, and would have provided a better channel for distribution.

Enjoyed our interview with Anna Pollock on Conscious Travel and the future of sustainable tourism? Share and spread the word! 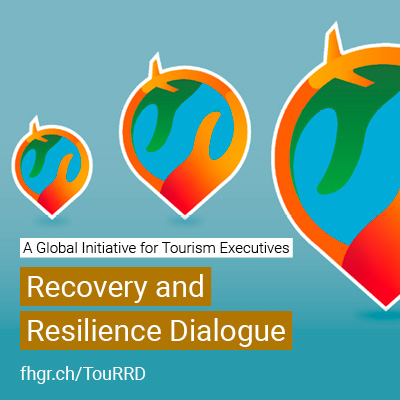 Helping you succeed with sustainability: 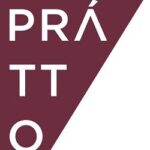 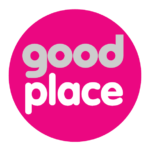