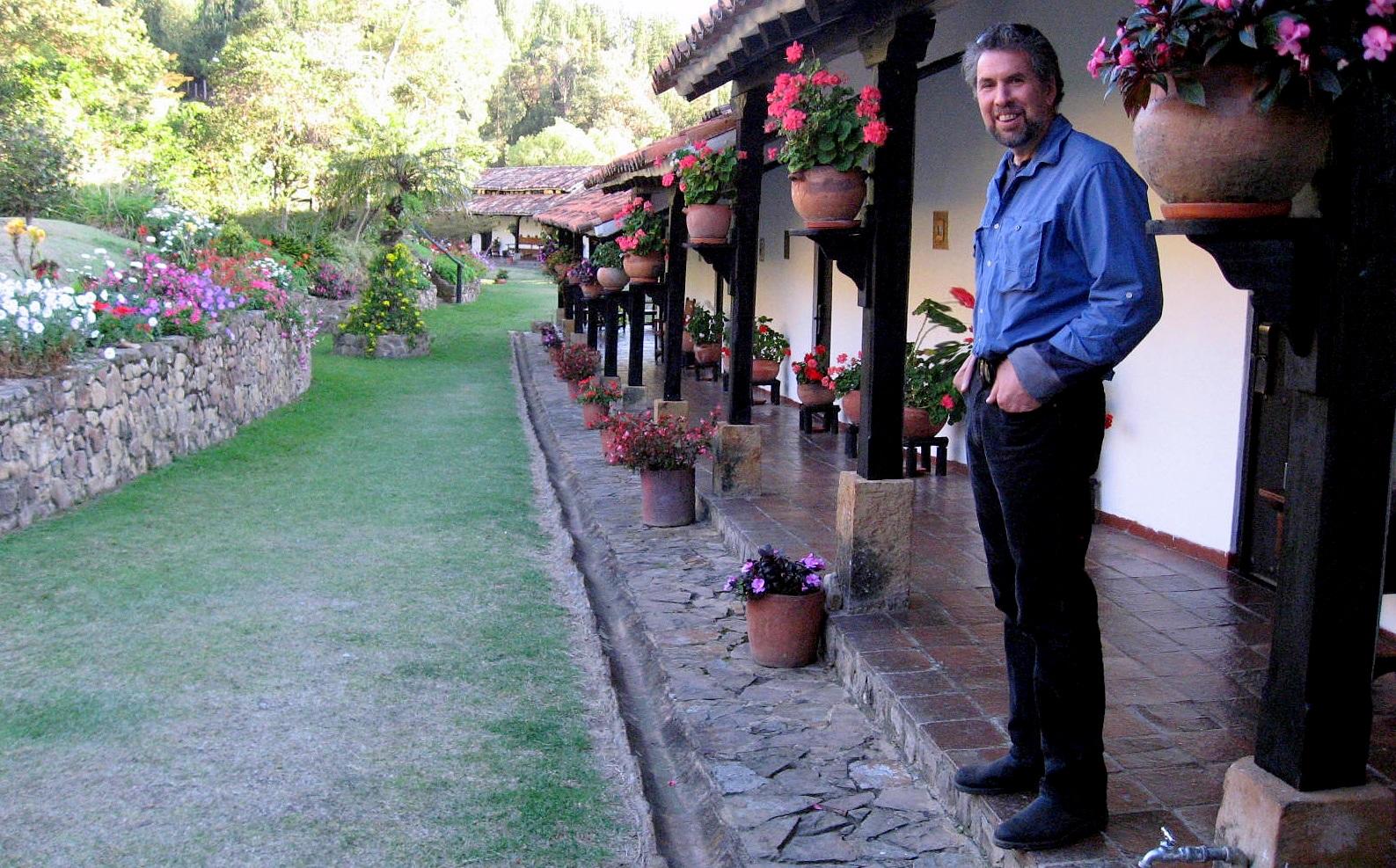 In this interview, Glenn Jampol shares his experiences in sustainable tourism, both past and present, and the successes and challenges he has faced along the way. He also explains what sets GEN apart from other organizations in the sustainable tourism world and why it fills an important void.

The ecotourism world owes a large debt to Glenn Jampol for the work he has done over the last 30 years. Glenn has worked in sustainable tourism for decades in both Costa Rica through his work as President of CANAECO, and globally as one of the founding members of the Global Ecotourism Network (GEN). He is also the owner of two of the country’s most successful eco-resorts and a well-respected artist.

Glenn, when did the concept of sustainable tourism first show up on your radar?

Well, as you know, I attended UC Berkeley in the late ’60s and early ’70s, and most of us were what they used to call “tree huggers” with a sense of responsibility for protecting our planet and exposing corporate greed. From this, we developed a strong focus on changing our lifestyle and turning to what we thought was “natural” or “organic” products and unique global experiences. This incipient search for authenticity and understanding had – in all its manifestations – health at its core: We were intent on treating our bodies well, fulfilling our newly acquired goals of changing the global consciousness which had permeated and moulded our perception of the world at large.

Additionally, many of us were infatuated with the quest for new travel experiences, and this longing manifested itself into the search for inexpensive and undiscovered destinations. I think it is safe to say that these global travels opened our eyes and hearts to the idea of amplifying our personal, cultural and environmental responsibility. During my travels, I became aware of the extra efforts some owners had put into waste reduction, local products, altruism in the community and a sense of long-term protection. 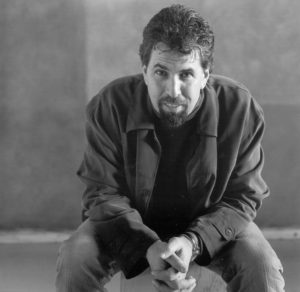 What was your view of sustainable tourism when you first started your professional career?

That term really didn’t exist on any mass level in 1985 when we began our Finca Rosa Blanca project. It wasn’t until the mid-90’s that it became a more widely used term, and we began to explore it and use it as a descriptor for certifying our own responsible tourism and ecotourism businesses here in Costa Rica.

We had woven this idea of ecotourism into the fabric of all of our business practices and during the development of the Certification for Sustainable Tourism program in 1994/5, we were able to dissect it and clarify what the goals were: the need to expand the meaning of this concept from just an environmental or conservation oriented focus by adding a social component and to use it to guide our everyday business practices.

How has your view of sustainable tourism changed over the years?

My perception of the definition of sustainable tourism has been radically changed many times over the last 30 years. For instance, many years ago I was asked in an interview on a television show about the ionization system we use for cleaning our pool water at our hotel, and I proudly shared that it only cost me $175 per year to keep it functioning well thereby saving more than $25,000 over the last many years by not purchasing pool chemicals. When the show finally aired, I received many emails from viewers asking me where they could buy this system. If it hadn’t dawned on me before, it certainly made an impression on me then:

We are best served when we provide solutions to create a means to financial sustainability. Along with inspirational story tellers and the ethical aspects of good practices, this is what will ultimately and efficiently convert the disinterested into strong advocates. 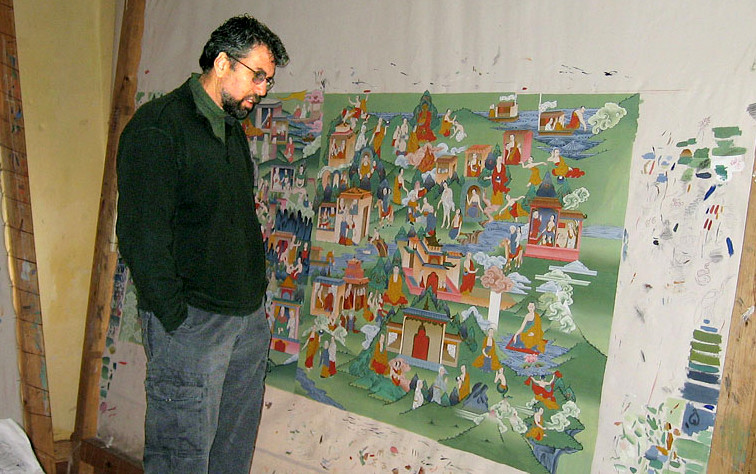 Since your studies at Berkeley, you have been combining your love of art and your passion for conservation and responsible travel. How have these two career paths intersected? What influence have they had on each other?

Actually, my painting and art career was always parallel to my environmental interests and sense of responsibility. I got my BA in Environmental Design, and as an artist, I was able to incorporate my artistic sense of experimentation and design to the concept of designing the look of our hotel.

Also, over the last 40 years of being an artist, I have collected, traded and made art expressly with the idea of using it as a global exploration of visual experiences. Along with the personalized attention to detail, we see our hotel as a work of artistic creation and many of our guests also comment on this.

Together with your wife, Teresa, you opened the award-winning boutique hotel and restaurant Finca Rosa Blanca Coffee Plantation Resort in Costa Rica. Can you tell us a little about this venture? What are its origins, and how has it evolved over the past three decades?

We found ourselves in the tourism industry in 1989 by sheer accident, having built an experimental home (in the design sense) in an abandoned motocross field in the coffee highlands of Costa Rica and later realizing we needed to find a way to pay for the upkeep. We had no experience in tourism and weren’t business-oriented, but we were looking for an artistic and responsible way to create a niche.

We began to incorporate a new tourism model into the one that existed here in Costa Rica. This combined the varied but basic cultural and biodiverse experiences available in Costa Rica with the more upscale and comfort-based attributes of luxury hotels.

Later, we converted a conventional and treeless coffee field into an organic and shade-grown plantation. We funded the initial start-up costs of this conversion with personalized coffee tours from the hotel and realized that this “agro eco-tourism” offer was not only lucrative but educational as well.

The biggest change in the last ten years has been the huge increase in mainstream tourists who have come to expect good practices or sustainability as part of their hotel DNA, yet they still do not make choices based solely on this aspect of our business. 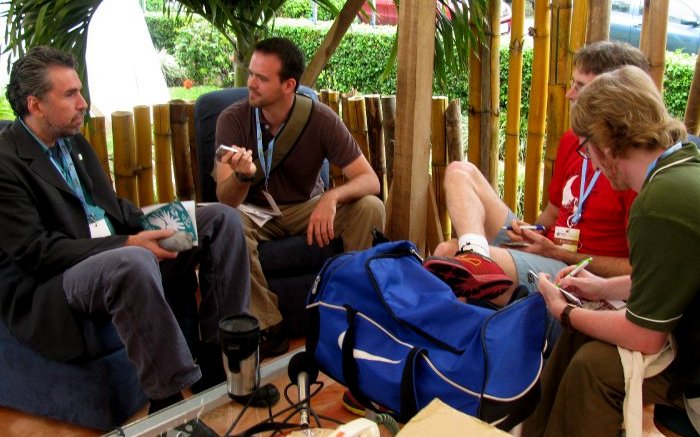 In 2008, you and Teresa designed and opened Arenas del Mar Beachfront and Nature Resort, the first five-star and five-leaf resort in Costa Rica. Which have been the main challenges and “Eureka moments” during the process of building the resort?

Arenas Del Mar was built on one of the most beautiful beaches of Costa Rica. We do not own the land, as it is leased as a 20-year renewable “concession”. We began this project in 1990, but could not open the hotel until 2007!  We spent the first 12 years reforesting and planning the sustainable model and trying to work within the difficult restrictions from the government.

Our funding for Arenas Del Mar came from other shareholders who had many traditional, and often conflicting, ideas about the long-term value of sustainability choices when it came to making financial decisions. I believe it is still the only tourism project in Costa Rica that has 100% native species of plants as we started the project by building a nursery for them years before we began construction.

The “Eureka” moment was the realization that we could and had to become more creative and look for solutions that would offer what the financiers wanted while still minimizing our footprint. With this model we have achieved the highest occupancy in the area.

But certainly, for us, the most difficult and debilitating impediments were the bureaucracy and multi-layered influences that permeated the building on our property, which continues to this day.

You are a founding member and Chair of the Global Ecotourism Network (GEN).  Where did the idea to start GEN come from, and what was the creation process?

GEN is made up of the entire Advisory Board of TIES, who as a group simultaneously resigned from TIES in 2015 due to the inability to access critical financial information, despite our numerous requests over the years as the Advisory Committee for this information.

The total lack of financial transparency at TIES and the inability for us to ethically guide the organization forced us to create a new umbrella organization for the representation of global ecotourism: the Global Ecotourism Network (GEN). We urge all the members of the ecotourism world to read our recommendation for the importance of due diligence.

What makes GEN different from all the other sustainable/responsible tourism organizations out there, and how do you see it developing in the future?

GEN is undoubtedly the most experienced organization in the world of sustainable tourism. GEN’s board of directors have a long track record of being global leaders in ecotourism – only our name has changed.

Also, we are a think-tank for sustainable development and the evolution of an industry which should be centred on authenticity. We want to disseminate authentic ecotourism trends, innovations, applied research and case studies and in doing so, we hope to be viewed as the authority for ecotourism practices and sustainable tourism among consumers by providing thought leadership and influencing market demand. 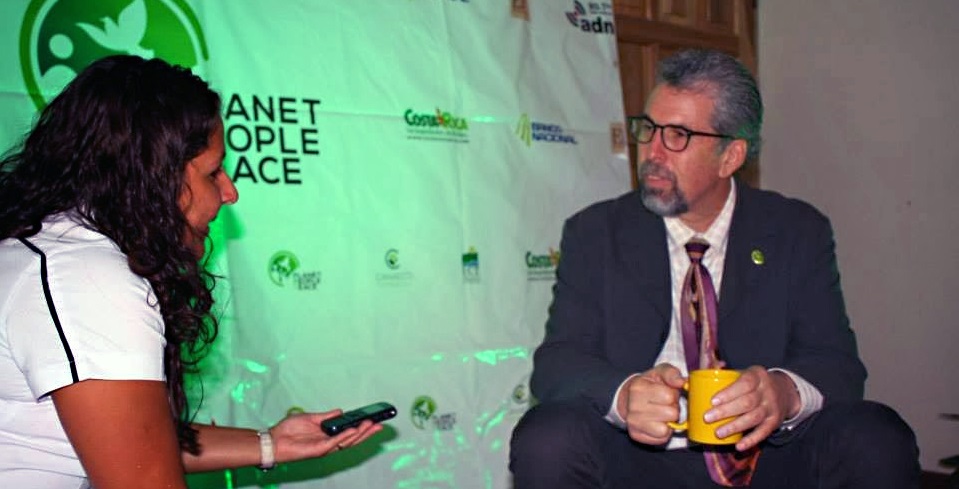 Prior to founding GEN, you spent six years as President of CANAECO- National Association of Ecotourism Costa Rica. What were the major achievements and challenges during your time there?

CANAECO is a very important organization for Costa Rica. It has represented the ecotourism and sustainable tourism private sector in this country since 2003 and in my time as president, we were able to multiply our membership. In 2009, we created the now highly recognized International Conference on Sustainable Tourism and Ecotourism; Planet, People, Peace (P3). This conference was officially declared by the government of Costa Rica as being of “National Interest” in 2012. We also achieved two positions of importance: a permanent seat in the National Accreditation Commission for approving levels of sustainable certification and creating new norms for the CST, and we obtained a permanent seat on the Board of the National Association of Tourism (CANATUR).

Most importantly, we were able to convince the Costa Rican government that sustainable tourism should be the country’s official tourism policy.

Our goal was that eventually, the majority of members of the Board of Directors of the Tourism Board (ICT) would be members of CANAECO, and when I stepped down as president in 2014, we achieved this goal with ALL of the board being members of CANAECO including the then newly appointed Minister of Tourism.

Enjoyed our interview with Glenn Jampol, the founding member of the Global Ecotourism Network and Costa Rica eco-resort owner? Spread the word!