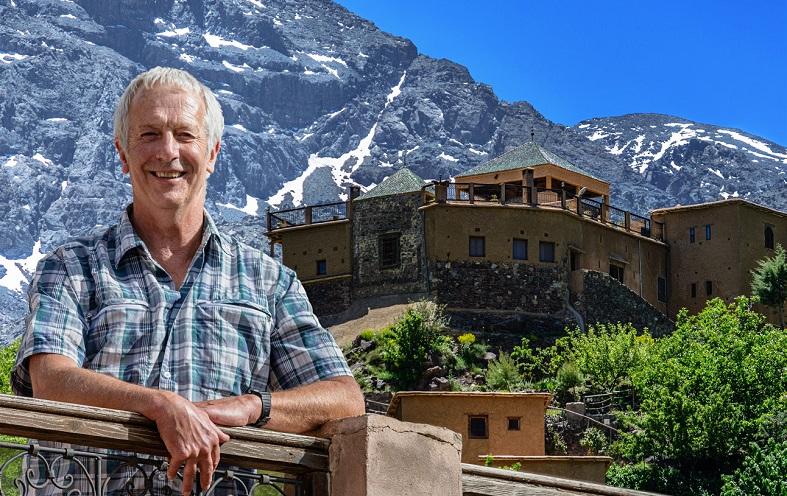 Kasbah du Toubkal is a special place. High up in Morocco’s Atlas mountains, this little island of tranquility and Berber hospitality can only be reached by foot or mule. Mike McHugo, who founded the Kasbah together with his brother Chris and Hajj Maurice, in this interview tells us the story.

Mike, what inspired you to set up Kasbah du Toubkal, back in 1989?

I started an adventure travel company called Hobo Travel in 1978 and came to Imlil for several days of trekking. Between 1978 and 1989 I had built a friendship with a local mountain guide called Omar Ait Bahmed (now known as Hajj Maurice). 1989 found me and my brother Chris in Imlil with our mother, as our father had recently died. Hajj Maurice’s house looked up to the ruined Kasbah du Toubkal. Chris had recently read in the Financial Times that the King of Morocco, Hassan II, had made inward investment easier and he said why don’t you find out who owns it. That was the start of 5 years of paperwork to acquire the ruin of Kasbah du Toubkal.

We said from the outset that we wanted the Kasbah du Toubkal to be run in a sustainable way and be of benefit to both the visitor and the local population.

Has your view on sustainable development and tourism changed since then?

Not really – I still think that sustainability is really about common sense and running the operation taking account of the local population and looking after the environment, but also being pragmatic.

I was surprised how we won several sustainability awards in the early days – when to me we were just doing what was pretty obvious and trying to be good neighbors. To me it’s all about: do what you can, with what you have, where you are.

When we started actually operating in 1995, there were few services or communal facilities in Imlil, so some of the first things we did through the money from the 5% levy we collect from guests were pretty obvious – a rubbish clearing system, an ambulance, and a communal hammam.

In your experience, which have been the main challenges that Kasbah Du Toubkal has had to overcome to be where it is today?

We were fortunate that the Internet was just coming, so for a small company that understood to a certain extent about marketing internationally, we could market more widely than would be possible otherwise.

We were, of course, early adopters and ahead of the start of the explosion of riads – the traditional guesthouses you now find everywhere in nearby Marrakesh and elsewhere. And real growth of tourism in Morocco came with the new king, Mohammed VI, in 1999. So we were able to get a reasonable amount of press coverage. We also had some good photography which has been key.

One of the issues we had – until we began to be commercially successful – was for Hajj Maurice to understand what the international tourist wanted, and they want authenticity as well as good service.

Funding is often a challenge for community-based tourism accommodation or experiences. Has this been an issue in your case?

I actually think that because we did not have deep pockets at the beginning, we understood through operation what worked and what we needed. We built Kasbah du Toubkal organically and were fortunate to have a profitable business in France, so we ploughed the profits from France into Morocco. Obviously, if we did not have that one we would have needed deeper pockets. But having deep pockets and doing things too quickly can also be problematic.

One of the first messages visitors come across at Kasbah du Toubkal is “We are all guests of the local inhabitants of this area”. What would it take for local communities in Morocco to be able to participate more significantly, or benefit more from tourism?

I think if all the tourist facilities had a 5% levy, much more could be done. Probably the biggest problem is that people who work in tourism see each other as competition, but we can be complimentary.

Part of the great success in implementing responsible and sustainable tourism at Kasbah du Toubkal is its close partnership and collaboration with the local Berber community. Can you tell us more about the role of the Imlil Village Association and how it has contributed to the mutual success of the community and the Kasbah?

Before we even started, we wanted the Kasbah operation to be of benefit to the whole community – not just to people who work with us or those we buy services off. We wanted our guests to be liked in the area.  So we came up with the idea of a 5% levy for the village association, which we formed when we received a donation from the filming of Kundun. The first project we did was something that we thought would be completely uncontentious: providing an ambulance. With the Kasbah’s success, the amount collected through the levy has grown and has allowed us to fund more and more projects.

When we started the 5% levy there was considerable pushback, particularly from tour operators asking us why we were doing this, but also from many individuals. Over time, with the growth of sustainable tourism and people being more environmentally and socially aware, we have found that our guests’ attitude to the 5% levy is very positive.

Together with others in the tourist industry I also founded Education For All in 2007, which provides girls from the outlying villages the chance of secondary education.

The local community has seen how we have behaved and I believe the majority (if not everybody) have respect for this. A verse in the Koran says “Allah shall know them by their deeds”.

In your view, which are the main tourism sustainability challenges that Morocco faces today?

Probably similar to those in many developing countries and where tourism is growing rapidly. Mass tourism owned by outside shareholders in their drive for more profits is not typically compatible with responsible tourism. Small-scale, owner-managed businesses are much more likely to be sustainable by nature. Fortunately, with sustainable tourism becoming more mainstream, hopefully, there is a greater chance of large operations also being run following sustainable principles.

Which projects or achievements with Kasbah du Toubkal are you most proud of so far?

The 5% levy and its potential for doing good is, I believe, a good model and it ought to be copied more widely. Maybe the tourist authorities could encourage this. On a personal note, Education For All has to be probably the work I am currently most proud of.

Looking ahead, which sustainability trends or topics do you think will have the most impact on the work of tourism professionals in 2019?

I think the issue of air travel will increasingly be a topic that is discussed and is not very compatible on an environmental basis or concerning long-term sustainability. 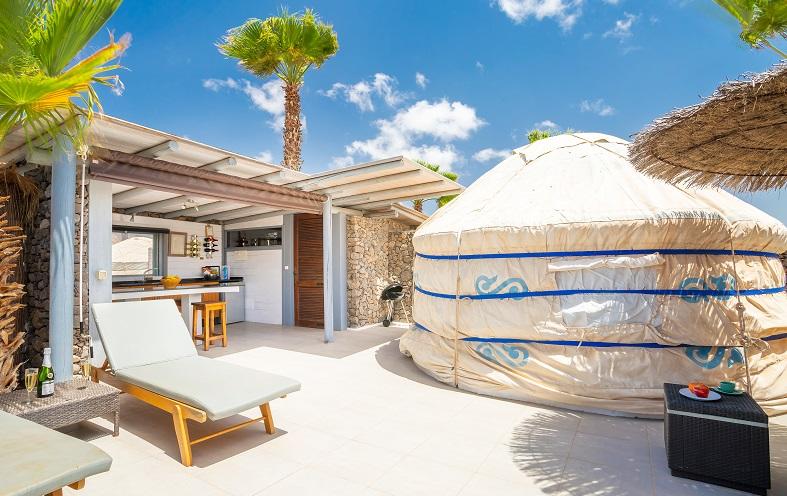 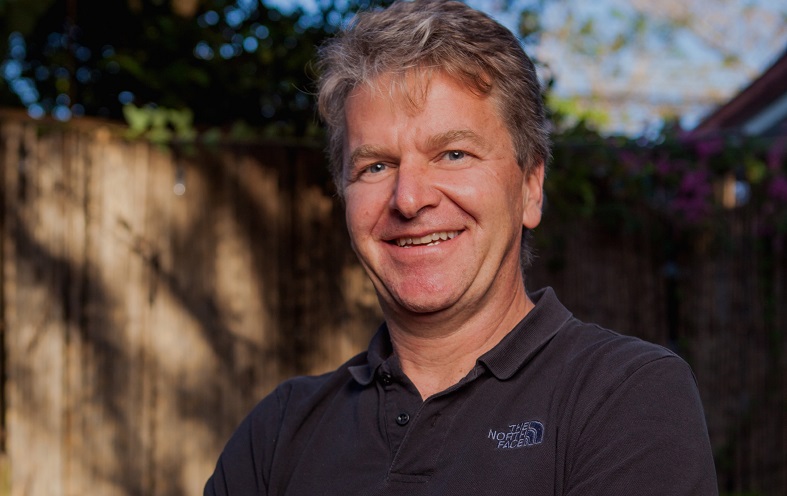 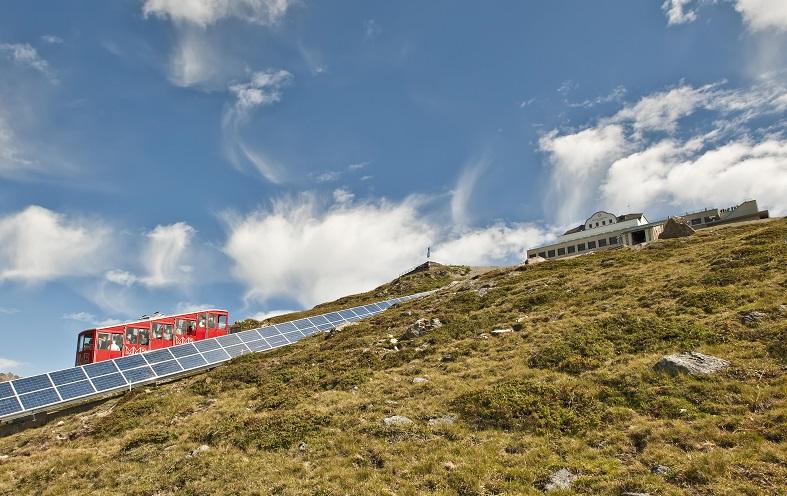 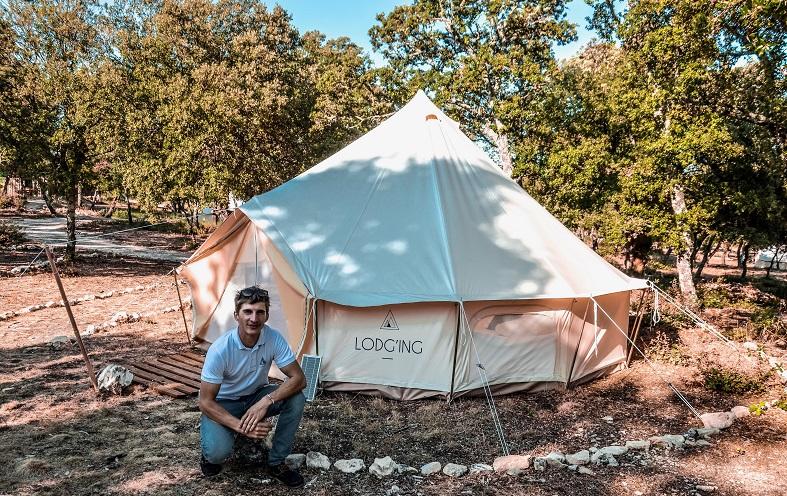 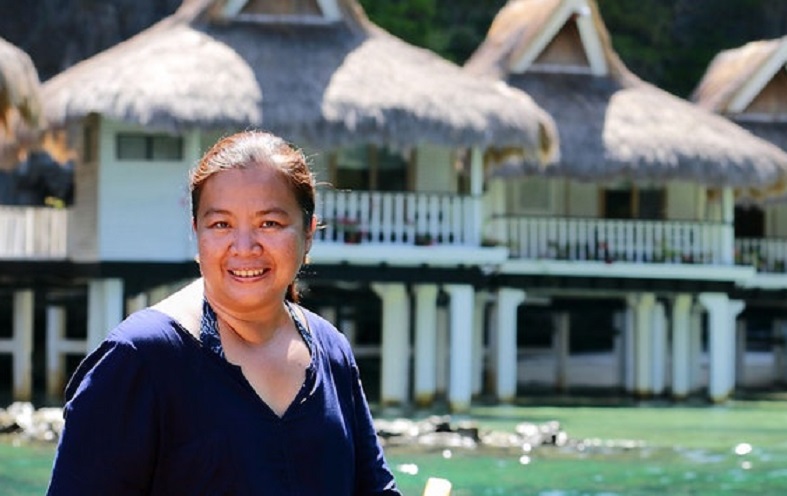 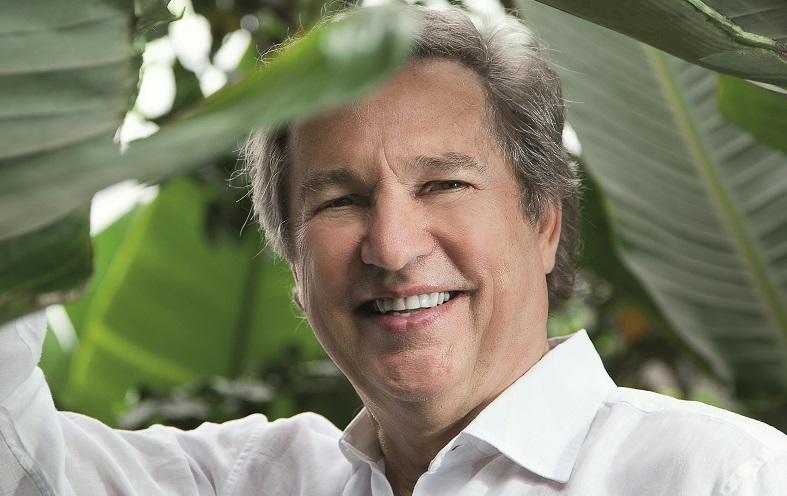 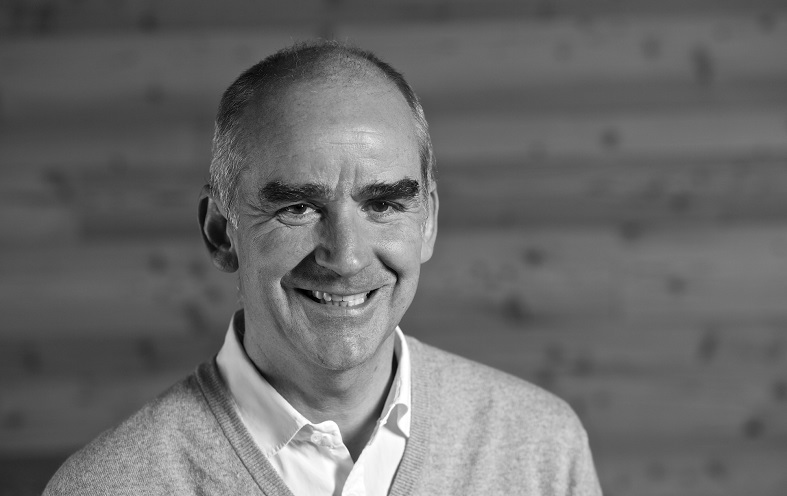 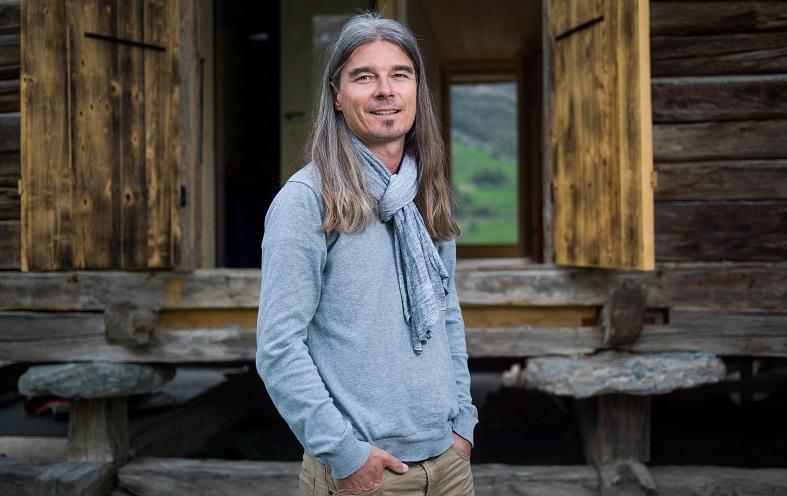 Olivier Cheseaux of Anakolodge on Architecture, Tourism and Airbnb 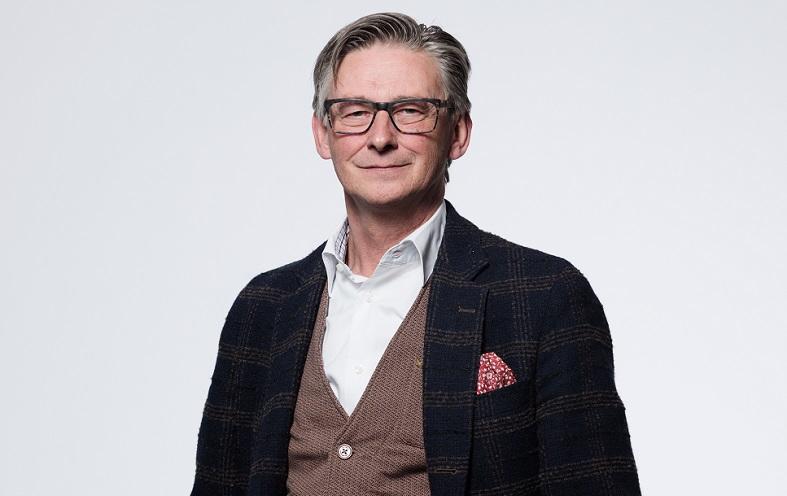