Elizabeth Becker on Overtourism, the Role of the Media and How We Can Make Tourism More Sustainable 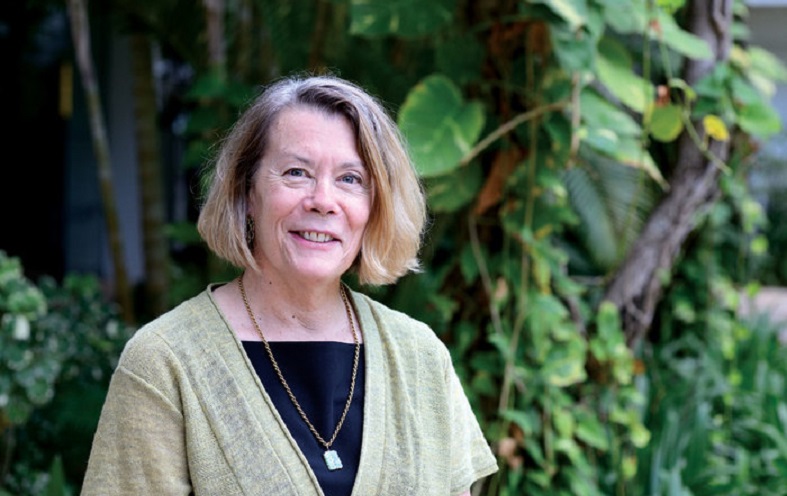 When the world was riding the wave of open borders and economic prosperity, very few countries took note of the toll that thriving, unregulated tourism inflows were having on their environment, communities, and infrastructure.

Renown journalist and author, Elizabeth Becker identified this growing threat to destinations in her book OVERBOOKED: The Exploding Business of Travel and Tourism in 2013. The book was a milestone in that it facilitated an honest conversation around “overtourism” when people were yet to come to their senses of how the world’s favourite past time was affecting the health of the planet.

In this interview, Elizabeth Becker shares what inspired her to write her best-selling book. She also discusses how governments, the cruise industry and the media need to step up to the challenge to make tourism more sustainable.

Elizabeth, you started your career as a journalist covering foreign affairs. What got you interested in the topic of tourism sustainability, and overtourism in particular?

I was the New York Times International Economics correspondent in the early 21st century when I noticed that tourism was one of the industries that were taking off in the new age of globalization. Back then you rarely heard anyone talk about “tourism sustainability” and the term “overtourism” wasn’t part of public discourse. So I discovered those topics during my investigation of the global business of tourism, looking for the roots of its success. I arranged my book to demonstrate how some leaders understood how to use tourism to help rather than harm their countries and how others did not.

In that sense, I used a classic method of going to the root of an industry, examining how it was growing, what were the effects of the business on the economy, culture, and environment, who benefited and who did not.

In your book, you describe France’s tourism model as one which nurtures culture and enhances the community. To your mind, what made France prioritize tourism to benefit its people and culture?

France was one of the original leaders of modern tourism. It developed during the 1930s and a period of popular social programs under Prime Minister Leon Blum, who championed the law mandating two-weeks of paid vacation in 1936 for French citizens (we still don’t have mandated paid vacations in the US).

The long-standing French pride in its culture led to France creating the first Ministry of Culture. It became part of the French mentality that foreigners were visiting their country in order to revel in its culture and the people of France are at the heart of its culture. Hence tourism should enhance not demean French culture. That’s the ideal.

You also highlight the sustainability issues caused by the cruise industry. What role does it place with regard to overtourism?

Big impact. When multiple cruise ships carrying thousands of people dock and those thousands of people descend on a single port, the effect can be crippling. Just ask the citizens of Barcelona, Venice, or Dubrovnik. Those ships and their passengers rarely benefit the port city. Passengers spend little money onshore – they eat and sleep on the ship – and cities routinely spend more to clean up after them. But the ports are usually under the control of national or regional governments that ignore local demands for balance.

When your book was published in 2013, Airbnb was still operating mostly within the USA. Today, the company has reached some of the remotest parts of the world and has drastically affected housing costs in San Francisco, Barcelona, and many other popular city destinations. Back then, would you have imagined that a simple home-sharing site could affect the lives of so many local communities?

No – I did not!  What was surprising was how easily Airbnb ignored local rules and zoning laws under the guise of the “sharing” economy, as if rules governing real hotels and lodgings were irrelevant. That is changing, but very much still the fact. It could have been such a great idea but it became a blueprint for having illegal lodgings in residential areas, contributing to overtourism and the dearth of affordable housing.

Travel media publications directly influence tourism behaviour, for example with click-bait articles like ‘remotest places around the world which you must see’ or ‘destinations that cost less than $30 a day’. To your mind, what role do journalists and other media influencers play as contributors to destination (un)sustainability?

When I first began my research and looked at travel writing I was amazed that journalism rules didn’t apply. Travel writers only wrote about the wonders of travel and destinations, almost like an alternative universe. Articles rarely examined how tourism affected a destination, or a country even. They never wrote about the downside of any place they visited. It was much closer to public relations than journalism.

Anthropologists, though, had looked at travel in that way for years. The old guide books were also different. They had none of the overwhelming accents on consumerism. They were all about history, culture, and even language. At the back of the thick book, you would find a shortlist of hotels and restaurants.

Unfortunately modern travel writing too often is an exercise in promotion, with little regard for the consequences of travel. In this age of climate crisis there is no question that travel writers and “media influencers” are responsible.

How can the media contribute to a more sustainable (travel) future, especially the well-being of host communities and addressing the climate emergency?

They can do this by simply writing articles that seriously examine the effects of travel on destinations. At a minimum, write articles about the pros and cons of visiting a destination. Also, writers should acknowledge when their expenses were paid for by the destination they are writing about, or paid for by the tourism office or any part of the tourism industry. If they do not, that is advertising disguised as journalism.

Do you think the travel pause caused by the coronavirus pandemic is an opportunity to strengthen travel to be more sustainable or is it rather another barrier?

Yes, it is an opportunity but only if all of these great ideas are implemented by governments.

Too often, the travel industry and non-profits agree on new ways to protect or even restore destinations and their environment but the follow-through is minimal. Without government regulation there is little assurance that change will be implemented.

Democratisation of travel has benefited people to get a glimpse of foreign lands and to experience new cultures. But discussions around curbing overtourism often suggest charging a higher fee to control the influx of travelers. How can we strike a balance between the ‘right to travel’ and our duty to ensure the environmental and social sustainability of destination communities?

There is no “right to travel”. Travel is a privilege. The real problem is refusing to acknowledge there are physical limits to all destinations.

Our U.S. national parks limit the number of visitors. Cities limit visitors by the numbers of hotel room, the number of airplanes allowed to land, etc. Cruise ships get around those limits as floating hotels. Airbnb gets around the limits by ignoring zoning laws. National governments refuse to acknowledge the limits when allowing too many ships and airplanes to carry visitors to a destination. As one mayor said – tourism today is equivalent to preparing a dinner party for twelve and having twelve thousand show up at your doorstep.

Limits do not mean that suddenly the less wealthy will lose out to the rich. That already occurs in the current system. Transparent and thoughtful limits would mean balancing the number of visitors and making space for all kinds of travelers.

The vast majority of overtourism is caused by poorly organized and managed tourism that has little regard for the tourists or the destinations.  Too many packaged tours give people a very shallow experience of foreign lands and cultures.

Imagine your publisher asks you to write a sequel to your book on Overtourism: which new trends, developments or initiatives would you focus on?

The new face of travel in the era of climate emergency.

Based on the research you conducted for your book and for your writings since – what would be your advice to destination marketers and managers on how to avoid overtourism and strengthen tourism sustainability? Which destinations would you consider good examples to follow?

I’m not an entrepreneur. However, as a journalist and historian, I believe in deep research to understand the short and long-term effects of travel on a destination. That requires talking to all levels of government and businesses; cultural leaders, citizen groups, and historians. One leader who did this well was Alain Juppe, the former mayor of Bordeaux. One destination head who did that is Andy Hogg of Bushcamp Company in Zambia.

Two countries that have done that are Costa Rica and Bhutan. Others are in the process of seriously examining sustainable tourism, particularly New Zealand.

Connect with Elizabeth Becker on LinkedIn or get to know more about her work on her website.

Did you enjoy our interview with Elizabeth Becker on overtourism, the role of the media and what it would take to make tourism sustainable? Thanks for sharing! 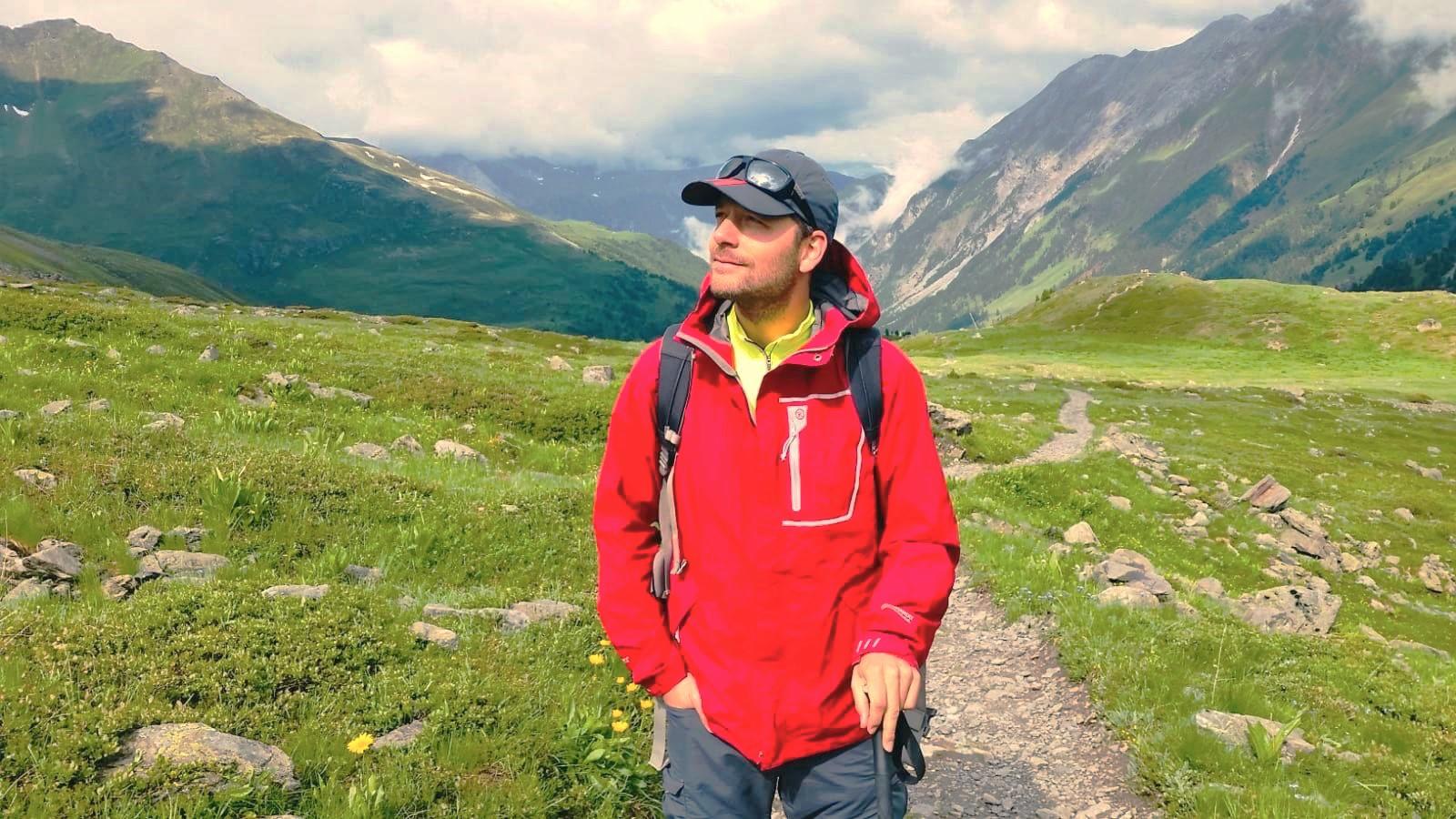 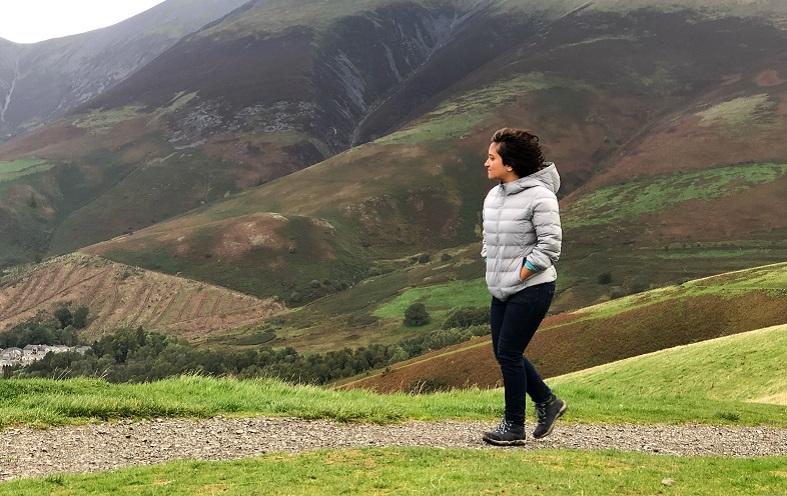 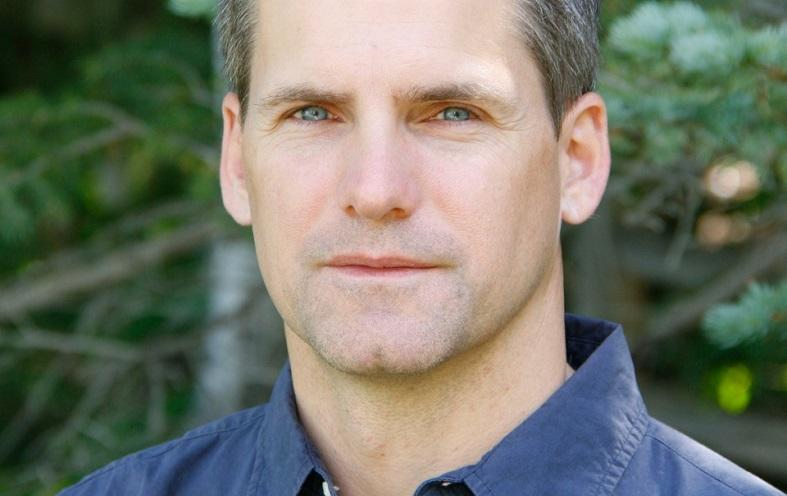 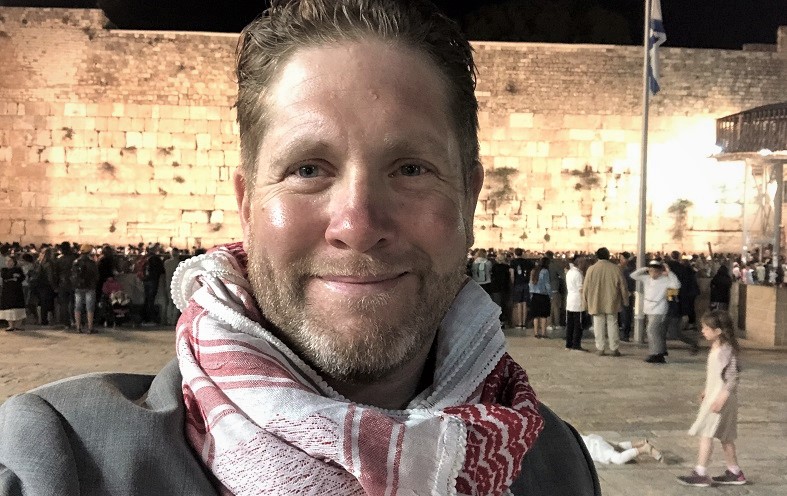 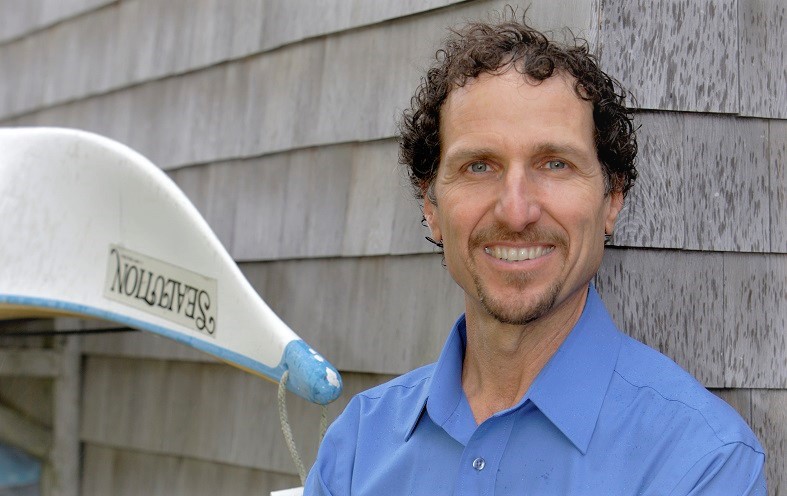 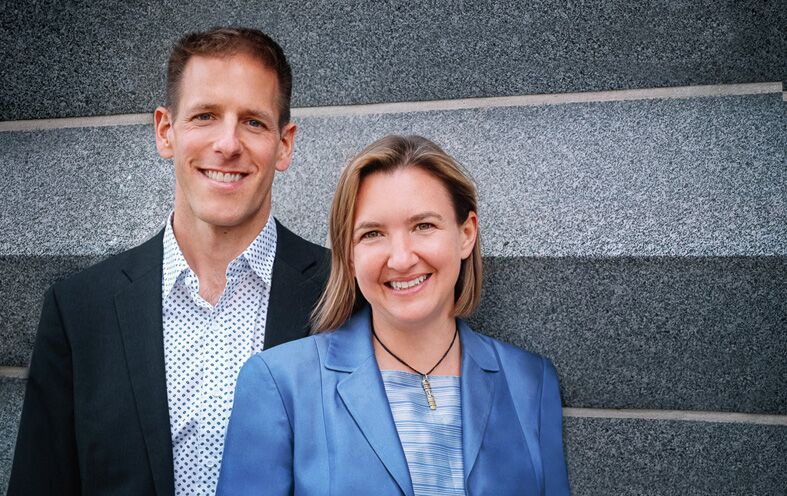 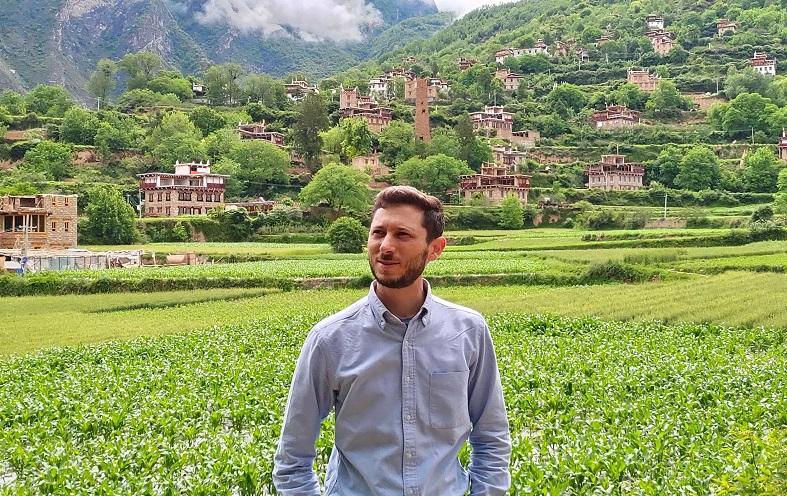 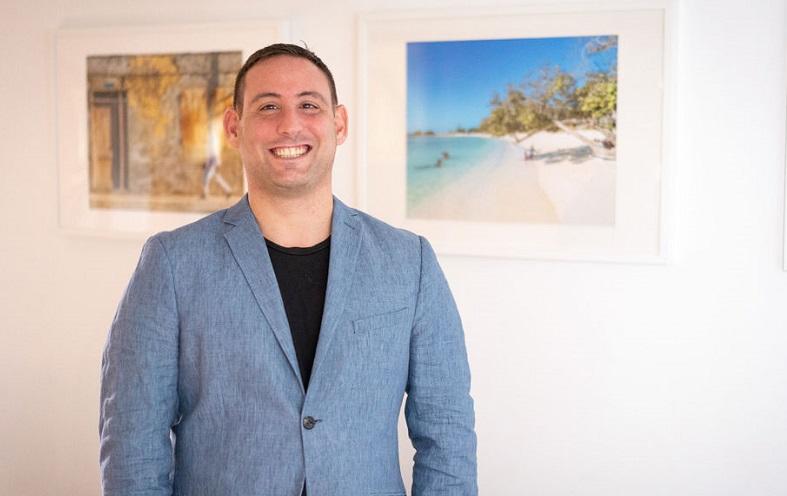 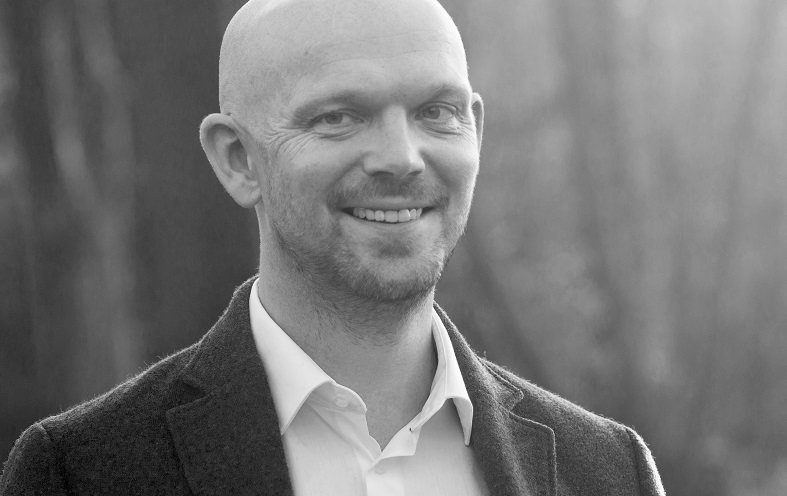 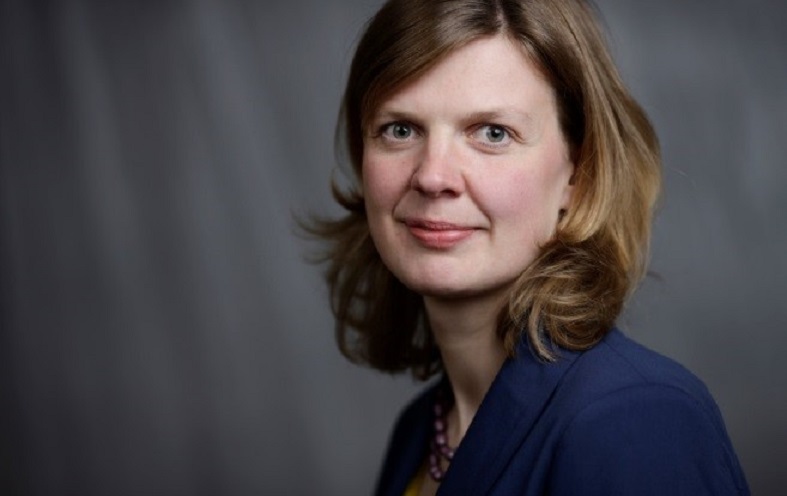 Antje Monshausen on How To Reduce Tourism Inequalities Through Community Engagement