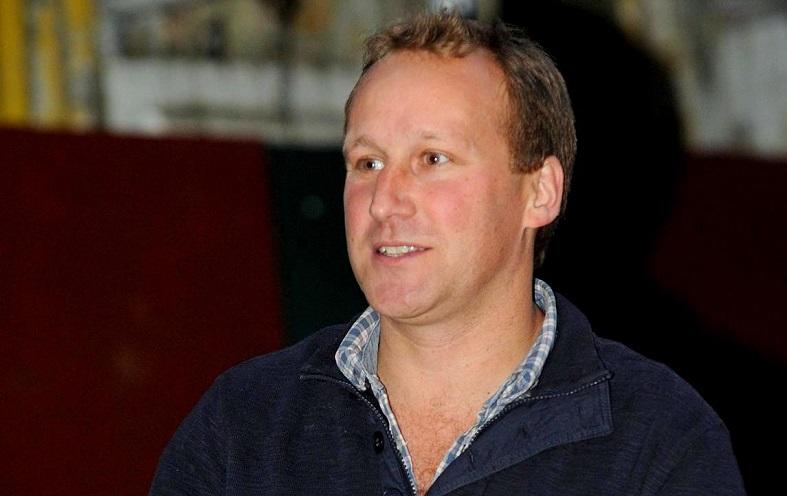 In this interview, we hear from Greentraveller CEO Richard Hammond. He shares how he used his background in travel writing to launch the greentraveller.co.uk website to educate conscientious travelers on sustainable options around the world. He also talks about the consulting side of his business and how it is helping responsible tourism providers and destinations increase their visibility and adequately communicate their brand. Richard also discusses the challenge that transportation presents in regards to the strive towards sustainability in the travel industry.

Richard, when did you first learn of the concept of sustainable tourism?

In the summer of 1996, during a conservation volunteer expedition to Mauritius and Rodrigues organised by Raleigh International. Part of the 3-month, hands-on trip included three weeks working on an ecotourism scoping project to manage visitors to a bird-breeding area in Rodrigues. Each day, en route to an area of land we were helping to conserve, we’d pass a Tropicbird chick nesting at the foot of a tree.

One morning however, as we passed the nest, all we could see were bits of fluff. It looked as if the chick had been taken by a predator. It made us all feel a bit low, but later that day, we heard a commotion overhead and looked up to see two magnificent White-tailed Tropicbirds flying across the clear blue sky, with a third smaller bird trailing behind, flying somewhat awkwardly. It was the chick on its maiden flight. It was such a simple but evocative experience… it was my “light bulb moment”.

After gaining a Masters in Publishing in 1994, I worked for several years in publishing, first as a researcher for Harper Collins Broadcasting and then as an editor in natural history and travel publishing for Dorling Kindersley, New Holland and A&C Black.

In 1999, I helped establish the online news portal TravelMole (including launching a sustainable tourism newswire), which gave me an early and valuable insight into the huge influence of internet publishing and e-newsletters.

In 2003, I was approached by the Guardian newspaper to write a regular feature on ‘green holidays’. It began as a monthly feature, and then became weekly. I was inundated with emails about the column, so in 2006, I set up the website Greentraveller.co.uk, which was initially a blog and online forum for readers to debate the issues.

The site quickly attracted a lot of interest, and the potential for it to become a commercial enterprise soon became obvious. So in 2009, after I’d completed writing a book on green travel (Clean Breaks – 500 New Ways to See the World, published by Rough Guides, co-written with Jeremy Smith, the editor of Travindy), I raised capital from investors to launch Greentraveller as a limited company, using the website as a focal point for businesses to promote green places to stay as well as holidays in Europe organised by tour operators to destinations that could be reached overland from the UK, by train, foot, or passenger ferry.

This month (October 2016), we will be celebrating our 10th anniversary by widening the portfolio to include holidays further afield that benefit biodiversity conservation and the economies of local communities. It’s an exciting time in the development of the company, and we are really looking forward to promoting holidays that genuinely make a difference, from community-run ethical walking holidays in India to safari camps in Africa and conservation holidays in South America. This development has come about because of demand from our existing customers.

There’s a lot of confusion in this area, and we feel we are well-placed to provide clarity for holidaymakers to help them find operators that are offering products that are genuinely contributing to biodiversity conservation and the economies of local communities.

Greentraveller consists of two main parts: the sustainable tourism consultancy/media agency and the consumer website www.greentraveller.co.uk. Can you tell us a little about each service and why you chose to combine them both under the Greentraveller umbrella?

Greentraveller Media is our agency and produces marketing campaigns, visitor guides and social media trips for both the public and private sector. Our latest campaign has been for the Swiss Tourist Board to promote the Grand Train Tour of Switzerland.

Video is a brilliant medium to promote sustainable tourism as, when done well – showing rather than merely telling – it can truly inspire more sustainable choices.

If a picture can paint a thousand words, how many can a video?

Our consumer website (Greentraveller.co.uk) features green places to stay, single-day activities (such as canoeing, conservation projects, arts and crafts) and longer multi-day trips organised by tour operators that promote low-impact travel contributing to biodiversity and the economies of local communities. The website has been described in the national press as the first place to look for green holidays, yet we were most proud when it was shortlisted as the ‘Best Consumer Website’ in the British Travel Press Awards alongside the travel pages of The Telegraph, Daily Mail, CNN, and Wanderlust Magazine. This demonstrated that our site is no longer considered niche, but is able to compete with the big players. The site also includes our award-winning blog, which we were thrilled to see included in last year’s Expedia’s Top 30 Blogs for its “digital influence”.

In essence, then, they are two sides of the same coin: one aimed specifically at the consumer looking to plan and book a holiday themselves and the other aimed at businesses and organisations looking to promote those kinds of holidays.

Communication and public relations is where many travel companies and destinations struggle, especially when it comes to communicating their sustainability efforts. What challenges have you helped companies overcome over the years and how?

I think one of the greatest challenges is to put aside the worthiness of sustainability and focus instead on communicating the benefits of going green.

In our experience, holidaymakers don’t want to be lectured on how to save the planet, but respond more enthusiastically to messages that convey how a greener holiday can be a better holiday – both for the destination and the traveler.

We’ve helped companies reposition their messages to reflect this through imagery and story-telling. For instance, posturing on about how procuring local food reduces food miles isn’t going to pull in punters, whereas using imagery and video to show holidaymakers harbour-side watching fisherman bring in their catch for the day, cooking the catch on an open fire, sprinkling herbs and spices on it, then eating it fresh… that’s a far more compelling way to promote a sustainable holiday choice.

What criteria do you use when deciding which providers to feature on your consumer website? How do you ensure that the companies live up to your requirements?

We screen accommodation owners on their efforts to deal with 5 main areas:

For tour operators in Europe, we work with them to fillet out only those trips that can be reached overland by train and/or ferry, and for those trips further afield, we ask them to provide information on how they as a company and/or their trips contribute to biodiversity conservation and the economies of local communities. Most of these trips are also bookable as ground-only trips – many visitors to our website, of course, are not UK-based.

We’re not a certification or grading scheme (we do draw upon the grading of accredited schemes to assess businesses), but we do use our network of travel writers to review featured accommodation and trips. While form-filling is useful, there’s nothing quite like actually visiting a property or going on a trip to see first-hand what it’s like.

Transportation is an issue that plagues the sustainable travel industry. You have written several articles on the topic of sustainable transportation and assisted in the marketing efforts of the Local Sustainable Transport Fund (LSTF). First, can you tell us about the LSTF?

The Local Sustainable Transport Fund is a UK Government initiative that aims to stimulate changes to local transport to cut carbon emissions and create local growth (see the 2011 white paper ‘Creating growth, cutting carbon’). The funding included both capital funding and revenue funding. In total, the Department for Transport awarded funding to 96 sustainable transport packages from 77 local authorities between 2011 and 2015.

In 2013, we held a workshop at the Nottingham Conference Centre (incidentally, one of the best conference venues I’ve ever been to!) on how to use new media and marketing to deliver behavioral change. In his welcome address, the then Parliamentary Under-Secretary of State, Department for Transport, Norman Baker MP spoke of the need for “strong, clear marketing” to increase the benefits of new and improved infrastructure and services provided by LSTF.

In essence, it’s about getting people off their dependence on petrol cars and putting more bums on buses and bikes.

Second, in your opinion, how can the sustainable tourism industry tackle the issue of green transportation and its integration into overall sustainability planning both for individual tourism operators and at a destination level?

Most forms of motorized transport involve some form of carbon emissions, so transport has to be at the heart of destination sustainability simply because it is often the single most influential environmental factor. I’ve been on the judging panels of various awards and have felt encouraged seeing the recent developments made in sustainable transport.

As judge of the Eurostar Ashden Awards for Sustainable Travel in 2014, I was impressed with the work Ecotricity has done to help kick-start the uptake of electric cars in the UK, creating a new ‘Electric Highway’ of extensive charging points across the UK motorway system, which has dramatically extended the geographical reach of electric vehicles.

As one of the judges of the WTTC’s Tourism for Tomorrow Awards, I was delighted to learn about the carbon management tool ‘Carmacal Carbon Calculator’ produced by ANVR, The Netherlands Travel Trade Association, which aims to measure the carbon footprint of all aspects of a tour package. Innovations like these are game changers.

Given the amount of greenwashing out there, I think it’s really important to be armed with factual information. So often I read applications for awards that don’t include statistics which demonstrate measurement and performance over time – it’s all too easy to be a generalist.

A particular bugbear of mine is when people use the word ‘local’… it’s virtually meaningless without context (e.g. is it local to a 3-mile radius, a 20-mile radius, a region, or a country). I much prefer it when I see descriptions of local business names to provide a meaningful context to the notion of ‘local’.

Connect with Richard Hammond on LinkedIn.

Enjoyed our interview with Richard Hammond, CEO of Greentraveller? Share and spread the word!