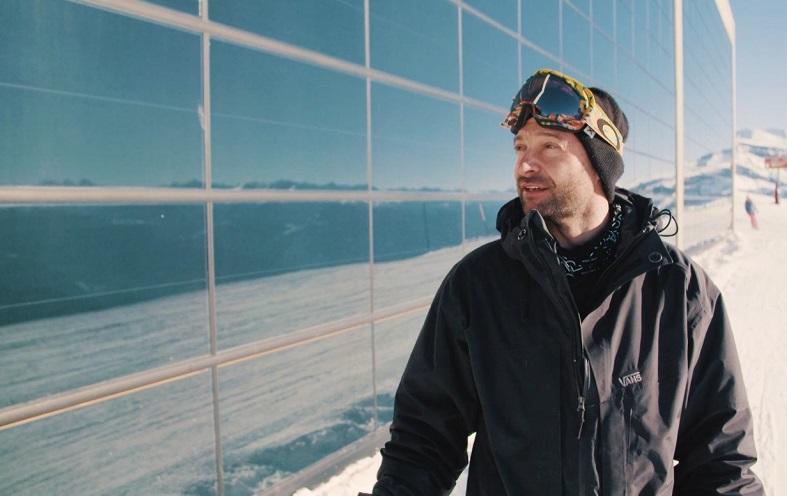 Reto Fry, environmental manager at Weisse Arena Group (WAG) in Laax, Switzerland, in this interview introduces us to the organization’s environmental strategy and “Greenstyle” approach to making mountain tourism in the alpine community more sustainable.

Our interview with Reto is part of a special series of interviews with Swiss sustainable tourism leaders and changemakers.

Reto, you have been involved with tourism and sustainability for several years now. Do you remember what first got you interested in the topic?

Fossil fuels are a finite resource which we unfortunately heavily depend on, although local, renewable alternatives are available. Not to mention oil spills, causing catastrophic damage to humans and nature, harmful emissions contributing to climate change, and all the money we send to warmongering countries, etc. For me, it was always a mission to reduce oil consumption as much as possible and to find energy solutions which are based on renewable, infinite and more environmentally friendly resources.

Secondly, I grew up in Flims/Laax, where most jobs (including mine) depend on the tourism sector. Our biggest capital is our unique landscape and nature. We make mountains and lakes accessible and enjoyable for our guests. But we also need to find a way to protect them, to make sure tourism is sustainable.

How has your understanding of sustainability changed since taking on the position of an environmental officer at Weisse Arena Gruppe (WAG)?

In the beginning, my plan was to change many things mainly from an ecological point of view. However, I had to learn that sustainability is not just a welfare program. Ecology, economy and sociology are strongly connected.

Of course, I knew that already from my university studies, but I needed some time to understand how our need to create jobs, our alpine tourism, and ecological needs can work together. That’s why our vision is not just, “Laax wants to become the world’s first self-sufficient alpine destination”; it is also “through financially viable initiatives.” It has to be good for the environment and the local economy.

WAG describes its environmental vision as “greenstyle”. In a nutshell, what is this about? And why the focus on sustainability and environmental best practice?

Reto Gurtner, CEO and President of Weisse Arena Gruppe, is the visionary leader of this forward-thinking company. One day he called me and said he needs an environmental officer and if I would be interested. That was in 2010 when we came up with the first version of the Greenstyle concept. It consisted of topics relevant for WAG, like Energy, Waste, Water, Food & Purchasing, Transportation, Biodiversity and Communication.

Then we met Ross Harding, an Australian sustainability warrior. Together, we defined our vision:

Based on this vision we developed a strategy which follows the principle to reduce, reuse, and recycle. We have set demanding, but doable, goals until 2023, including:

Why the focus on sustainability in the first place?

To us, success means maximising our positive social impact as we minimize our environmental impact.

We want to create a place where people can travel to without feeling guilty, and who are willing to pay the costs for this benefit.

We know that about 90% of our guests are saying that sustainability is very important, and really appreciate our effort. Sustainability is now a part of guest satisfaction.

Human-caused climate change is real, and thus mandatory for us to fight it.

On the other hand, reducing energy consumption is not just good for the environment, but also for saving money. So why shouldn’t we do it?

Which destinations around the world serve you as examples? Where do you look for inspiration?

Aspen Snowmass and Vail resorts are two inspiring companies in winter sports destinations. From Aspen Snowmass, I got the idea of founding an environmental foundation: the Greenstyle Foundation is dedicated to preserving and developing the environment across the destination Flims/Laax.

We also have a yearly climate kick boot camp in LAAX, where innovative start-ups receive coaching and can present their ideas.

Climate change and seasonality are two challenges frequently mentioned in connection with destination sustainability, especially mountain tourism. How do you approach those at WAG, and across the destination?

Right now, winter tourism in Laax is generating – within only 4 months – about 90% of our revenue.

For us, moderate climate change (a rise of global temperatures by no more than two degrees) has two dimensions. First, some tourism experts predict that more people from cities will want to enjoy cooler temperatures in mountain destinations, which could be a positive change. This is actually something we already witnessed this summer.

On the other hand, the absence of snow in lower areas will make resorts vanish. Even though a big part of our slopes is on snow-secure levels, at above 2000 m altitude, we already experience the consequences of the changing climate: winter seasons are becoming shorter.

What role can marketing play as a tool for a (more) sustainable destination and responsible travel?

Marketing and communication are probably the most important facilitators of sustainability. It is not about being perfect, but about doing something and being transparent. Only that way people will support you, for example by buying the right goods and giving you constructive feedback on how to improve.

All too often tourism businesses and destinations develop well-meaning sustainability strategies but ultimately fail at implementation. To your mind, what does it take to succeed? Which are the key pitfalls to avoid?

This is quite clear to me now, but I needed about 7 years to find out – and I am still learning:

Which aspect of making Laax as a destination more sustainable do you find the most challenging?

Snow grooming. Right now, we do not have any renewable alternatives to eliminate CO2 emissions. We are trying to use less fuel. All snow groomers in LAAX are equipped with an engine data system that indicates the optimum speed for minimal diesel consumption.

But also, the height and depth of the entire skiing and snowboarding region were measured using 3D technology. Because of this, a 3D snow depth measurement system in the snow groomers shows where there is a lot of snow and thus facilitates slope preparation with maximum efficiency.

We hope to have new solutions, like hydrogen/electric snow grooming vehicles, for the next strategy goals 2023-2030. If that problem is solved, then a carbon-neutral operation of a winter destination based on renewable energy is possible.

Looking ahead, which trends do you think will likely impact the sustainability of winter tourism in mountain regions?

In my view, human-caused climate change will have the biggest impact on the sustainability of winter tourism, and the whole planet.

However, society is becoming smarter, and will soon be ready for a transformation from fossil fuels to a future based on renewable, infinite energy resources. People are going to invest more in sustainability and sustainable products or experiences. Forward-thinking businesses will profit even more from a sustainable business approach.

Our interview with Reto Fry is part of a special series with sustainable tourism leaders and changemakers in Switzerland, supported by Swiss Youth Hostels, Swiss Travel System, Switzerland Tourism and SWISS.

Enjoyed our interview with Reto Fry about the Greenstyle sustainability strategy of Weisse Arena Group in Laax, Switzerland? Spread the word!